Letters From Elders to Us All: Sun Dog


“You have to look deeper, way below the anger, the hurt, the hate, the jealousy, the self-pity, way down deeper where the dreams lie, son. Find your dream. It is the pursuit of the dream that heals you.”
– A quote from Lakota Nation Member- Billy Mills father.  Said to him after the death of his mother.

There is a moment, where the world gets so out of balance, so extreme, so senseless,... we despair.   Despair feels overwhelming.  It hurts.  It slows us down with its weight.  Sometimes despair can even make us… stop, think, retreat.  But despair has a role.  It can be a friend, one that shocks you with that moment of brutal truth. Not always appreciated, but still life changing.  We sit with it. Walk with it.  Despair makes us dig deep. Despair makes us question. Despair opens us to what we feel.  At first, despair may give birth to Anger, Outrage, Shock, Hate, but walking with it, opens up to Determination, Hope, Dreams, Unity, and Action. 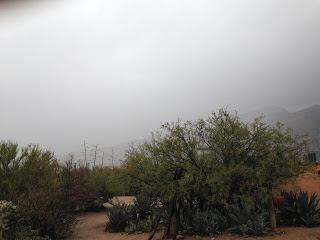 Despair is the season before there are Dreams. Dreams partner with Hope. Hope gives birth to action.  This is the fire to make us seek out others, to pray, speak out, march, shout and stare down injustice and inequality. Dreams and hope are what make us unite.   Dreams, backed against a wall of despair are the force that makes our opponents quake.  Hope, backed against a wall of despair gives birth to the most powerful force in the world.

In this particular time of turmoil. I found myself using the First Nations television channel as soothing background while working.  The First Nations channel gave comfort to my despair- with the generational continuity of how to make acorn soup, farming, and artwork.  It also educated me with the updates on indigenous, native issues… updates on tribes from Canada to Mexico.  Gentle wisdom from a heritage I respect, (but don’t have) wove itself into my subconscious.

Then I heard an interview with Billy Mills.  A Lakota Ogallala member and elder who became an Olympian.  He spoke about his path.  About losing both parents at a young age.  He has used his experience to heal, motivate and educate others for many years. It had little to do with a gold medal, and everything to do with moving from despair to hope, vision, motivation and action. It wove the spiritual, and his father's wisdom into his dreams.  I could not find the exact interview I heard that particular day, but will leave you with a link to one of many.  I wish you strength and motivation in your particular path. - Sun Dog

Email ThisBlogThis!Share to TwitterShare to FacebookShare to Pinterest
Labels: Letters from Elders to Us All

Letters From Elders to Us All: Steve Brown

Tell your story
Sing your tale
Tell our story
Shout our glory!

We may have to do this over and over and over again—as people have been doing not only for generations, but for thousands of millennia, reminding us that while this may be a chaotic, challenging, even life-threatening time, it is also, in the annals of time, brief.

Email ThisBlogThis!Share to TwitterShare to FacebookShare to Pinterest
Labels: Letters from Elders to Us All

Invitation for Letters From Elders

On November 10th 2016, the day after the election I sent out the following letter to people who I would identify as elders. Those people with wisdom, who have thoughtfully maintained connection and dedication to, as Grace Lee Boggs says, "growing our souls." I have met these people through my activism and through interviews I conducted for my upcoming book, Sustaining Spirit: Self-Care for Social Justice. As I begin to receive letters, I will post them under the tag: Elder Letters To Us All

I am reaching out to you in a time of a fear. I’ve been sitting in and observing my own fear, my own intense feelings of vulnerability today. I sat down to write a blog post about how this vulnerability is essential to touch, hear, feel because underneath lies my strength. I found myself wondering how each of you are handling your own feelings of vulnerability, fear or anger? What truths are you grounding yourself to, in anticipation of this significant political shift? How are you staying tethered to love?

With so few distinct elder roles in movements, I’m realizing how much we all need to hear wisdom from each other. How much we need thoughtful perspectives from those who have engaged in a desire for a more just world over many years or even decades.

Many of you have been able to sustain doing this work because you’ve created tools and practices and the faith which has allowed you to weather a lot. So, I thought I’d reach out and ask if any of you are interested in sharing advice, thoughts, U-tube videos, readings, jokes, perspectives, poems and/or truths that are speaking to you at this moment. With your permission, I’d like to do a series of “Elder Letters to Us All” which would be posted on my blog (http://www.selfcareforsocialjustice.com/), on the two-thirds of the planet website (http://www.twothirdsoftheplanet.com/) and hopefully other websites which may be interested.

I am consciously in touch with my own strength and yet at the same time I feel like I could so easily falter into despair. Community is one tool I’ve developed to help me not falter. So I humbly ask if you have time and space and anything to share that you’d consider this request.

If other elders who may be interested come to mind, feel free to pass this on along with my email.

With much love and respect,
Naomi Ortiz

Email ThisBlogThis!Share to TwitterShare to FacebookShare to Pinterest
Labels: Letters from Elders to Us All
Newer Posts Older Posts Home
Subscribe to: Posts (Atom)